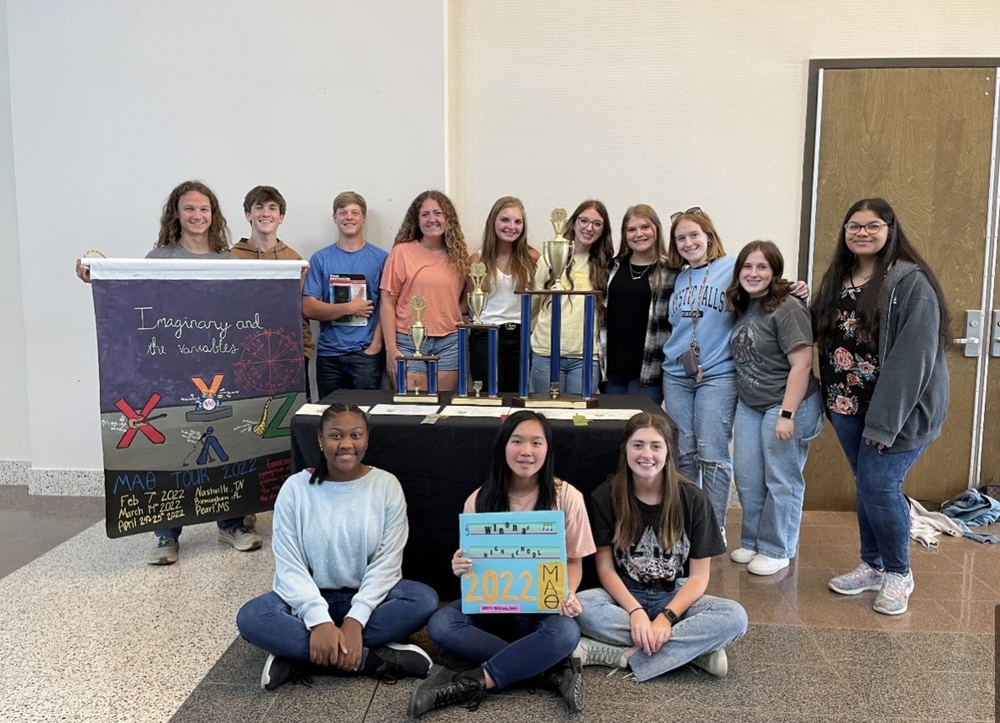 The College Algebra Team of Noah Durham and Bailey Holly won 6th overall with Bailey placing 9th in the state!

The Winona team created a banner and a scrapbook to reflect the theme. The banner won 1st in the state. The scrapbook took 2nd place.

In the Potpourri contest, WHS placed 7th place. The potpourri team was made up of Jordan Leech, Mary Ann Dang, Munjyot Singh and Emma Marshall.

The entire team collaborated in the Interschool competition where they placed 8th place. Interschool is the oldest event in the tournament, and it is made up of short answer tests composed of a variety of challenging problems chosen from all the topic areas. The team is limited to 25 but all thirteen of the Winona contestants participated for their group.

At the final awards ceremony Winona won FIRST in the small school division! Their sponsors Terry Turnage, upper-level math instructor, and Michele Milling, STEM instructor, are very proud of the accomplishments, the team spirit, and cooperation exhibited for the entire competition. Our school was well-represented and we couldn't be more proud of the Mu Alpha Theta team's accomplishments!